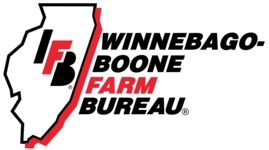 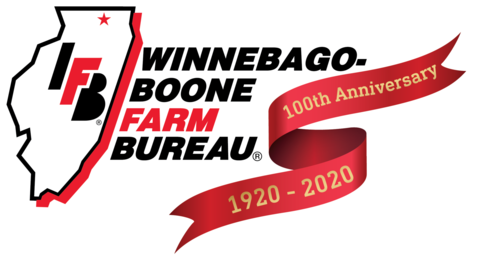 The first meeting to organize a Farm Bureau in Winnebago County was held at Memorial Hall in Rockford, on Saturday afternoon, May 8, 1920. On June 12, 1920, there was a formal organization of the Farm Bureau with a total of 947 members.

Since the initial organization of the Winnebago County Farm Bureau there have been 17 Presidents:

The Boone County Farm Bureau was organized on March 16, 1920 “to encourage the practicing of the most profitable and permanent systems of agriculture possible in this country, to promote the development of more efficient systems of marketing agricultural products and to further the educational, financial, and social welfare of its inhabitants in every legitimate and practical matter.”  (Quote taken from the February/March 1945 News View.)

A.B. Hammond started the 4-H club work.  74 boys belonged to the pig club, 56 of whom showed their animals at the county fair.  The pigs were sold at an auction at an average price of $47.25.

In 1921, the Farm Bureau office was moved to Belvidere, IL.

In 1927, the FB first represented the Illinois Agricultural Mutual Insurance Company as agent for that company’s automobile and employer’s liability insurance.

In 1930, the Boone County Farm Bureau organized the Farm Bureau Band at the Blaine Church in the spring.  The membership fee was $2.00/ month.  The money was used to hire two leaders who held weekly rehearsals or lesson periods.  The focus of the band was to build up a small musical unit that could entertain its own community as it saw fit.  By 1931, the band consisted of about 72 musically inclined people scattered over the county.  Following the Blaine Unit, other units were organized at Irene, Beaver Valley, two at Bergen and also a prospect of one at Herbert that spring.  50 members passed the musical examination and made up the County Band that met one hour every Sunday afternoon at the Beaver Valley Grange Hall.  This band played at public concerts and meetings. Their most prominent public appearance was in 1932 at the I.A.A. (Illinois Agricultural Association a.k.a. Illinois Farm Bureau) Annual Meeting in Rockford, IL.  They played before the state officers, Ex-governor Lowden, and the two thousand Farm Bureau members present.  They performed at a number of other events, such as the Boone County Farm Bureau Annual Meeting®, July 4th at Shopiere, Wisconsin, Cherry Valley Homecoming, Boone County Fair, Farm Bureau Rally day and Beauty Contest, and several small concerts in Boone County including a crowd of four thousand in a public park in Sycamore, IL. In 1933, the FB Band played at the World’s Fair in Chicago on the day that Secretary of Agriculture Henry A. Wallace spoke.  Harold Luhman was the director of the Boone County Farm Bureau band.

In 1932, the Farm Bureau organized their first baseball team.  Godfrey Karlson managed the team during the first year and in 1946, George Price was named team manager.

In 1944, the Boone County Service Company was in development which is now Conserv FS.

In 1956, the Farm Bureau, Insurance Company, and the Service Company moved into our current Belvidere office building located at 702 West Locust Street.

In 1975, Twenty-five pork producers attended a meeting to form the Boone County Pork Producers on April 15th at the Boone County Farm Bureau Office. The producers voted to begin such a club, elected directors, and set dues at $5.00.

Since the initial organization of the Boone County Farm Bureau there have been at least 24 Presidents:

Since the merger, the Presidents of the Winnebago-Boone Farm Bureau have been: